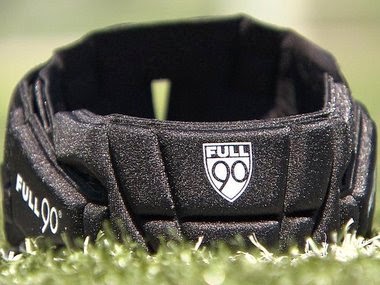 The prevalence of sports related concussions has steadily been on the rise with the increased levels of athletic participation. According to ‘BrainLine.org’ “An estimated 1.6-3.8 million sports- and recreation-related concussions occur in the each year. During 2001-2005, children and youth ages 5-18 years accounted for 2.4 million sports-related emergency department (ED) visits annually, of which 6% (135,000) involved a concussion.” Immediate side effects include headaches, dizziness, nausea, vomiting, as well as slurred speech. Some more delayed side effects include memory complaints, noise and light sensitivity, smell and taste disorders, post-concussion syndrome and psychological problems (Mayo Clinic, 2014).

While tuning into the World Cup finale of v. there were multiple instances where players faced concussions. This adds to the ongoing debate within the game of soccer as to whether or not headgear should be necessary for all ages. ’s Christoph Kramer was involved in a brutal collision with an Argentinian player in the early minutes of the game. Clearly affected by the blast, Kramer was assessed by medical staff members who allowed him to remain in the match until he was unable to physically maintain. In the 56th minute Argentinean Gonzalo Higuain was involved in a rough challenge with goalkeeper Manuel Neuer. Higuain too was shaken up in this collision. So this raises the question as to whether or not headgear should be required in the game of soccer?

Although headgear is not inevitably going to eliminate the risk of concussions or head injuries sustained, it will lessen the severity of the injury. Some may argue that it will change the nature of the game or influence the path of the ball but isn’t the most important aspect of sport to protect our players – especially the children. A brain is rich in development during the childhood years and suffering a concussion alters one’s brain function. Any measure that could potentially protect our brain should be taken and future research should delve deeper into this headgear intervention.

Not only does headgear have physical injury prevention benefits but it may also influence mental health. It is believed that this added protective equipment may improve levels of confidence on the field. When players feel more comfortable on the pitch they are more likely to go into challenges with more effort and grit. As covered by NBC News on an interview focusing on concussion prevention, a woman soccer player stated, “I had extra confidence, extra confidence that allowed me to play more aggressively.” Sports psychologists may even relate this enhanced level of confidence to better performance outcomes.

So there is a decision to be made – purchase the $45 headguard and reduce the probability of a head injury or play the game and take the chance of suffering a full-blown injury?